Worldmaking: Crafting Cultures With and For Young People

How to make a world? How to construct and hold a universe – together? How do you introduce, install or co-create a culture? What does that look like in participatory performing arts for young audiences?

These questions engender the practices of Belgian artist Katrien Oosterlinck and the British company Coney. Their performances and projects craft worlds through the materials they use, whether that is a scenography of foam rocks accompanied by titillating soundscapes or a virtual setting through which you are guided by a piece of storytelling. Yet, these worlds should not only be valued for the design of physical or digital environments. Their ‘worlds’ are also the modes of conduct they are able to rouse. Oosterlinck and Coney propose modes that heighten one’s attention to the ways in which people (can) engage with each other and the world around them and that allow for audiences to compose a culture through their interplay.

‘Worldbuilding’ is often used in science fiction. Suggestions of new worlds are made, which allow us to think differently on our everyday surroundings. However, these new worlds do not only live in futuristic narratives; they occur every day in contexts where facilitators engage young people through the arts.

Such worldmaking can occur in different ‘units of practice’. Depending on what one’s practice is, such a unit can be a participatory performance or an arts education workshop with children and parents, as is the case with Imagine Moving Rocks or massage–collage by Katrien Oosterlinck or The Droves by Coney, or it can be a playful intervention project that emerges through a series of ateliers, such as Coney’s Barbican Box. Also, a unit can be a trajectory, e.g. the creative processes of Oosterlinck’s Tactile Talk where (in different cities, over the course of a few months) young adults become the guides of an audience, or The Young Coneys, a group of teenagers who are offered a rolling education and make play to spark change, especially for grown-ups.

Thus, as a unit of practice, a game, a project or a participatory performance can be seen as a world on a micro scale. It offers a context for experiment where one can practice at low risk, where the pace can be slowed down, and where iterations and variations of actions can be tried. In such a context, everyday impediments can be suspended, controlled or re-envisioned. They offer occasions to fail without fear and learn for future endeavours.

When taking a look at the projects listed above, one may notice that the work of Oosterlinck mainly manifests in a non-verbal zone, where you play with movement and images, while Coney invites you into games that combine storytelling and technology, both digital and non-digital. Although disparate in their use of tools, these creators share a craft of curating a context and responding to the disposition and needs of the people in that context.

The term used most generally to denominate the interplay amongst participants and with a facilitator is ‘group dynamics’, whereas in participatory performance it is ‘audience participation’. Moulded by the conditions, curated with consideration, on one hand and the in-the-moment guidance of the performer on the other, I suggest that audience participation is an artistic medium where different modes of conduct appear. Engaging in these modes means losing, finding and holding our bearings. As such, it allows us, the audience, to perceive how we move within a culture but also to practice how we can move differently.

Now, if we assume that immersion in these contexts allows us to practice “re-engaging”: how can we shift from noticing the positions we take in and having an intention to readjust to embedding it in our behaviour? It is a question to be explored.

Nonetheless, a first clue may be an ‘open dramaturgy’ which is most apparent in cases of extended exposure. Unsurprising but still striking with Oosterlinck and Coney is the way in which participation reverberates throughout their practice. Especially in the long-term trajectories with young people the shift from a curious attitude to renegotiating rules and making new propositions seems to seep in. The participants not only are introduced to a world. They co-create that world. They absorb what makes sense to them. They take a leap, embody and ‘combody’ their own imagined principles, and apply the change they want to see. As such, they partake in generating a culture but moreover regenerate it as agents of change.

Elvira Crois is a PhD Fellow in theatre studies (UA) and educational sciences (VUB). Their research focuses on participatory dramaturgies and performer training.

What the Future May Hold 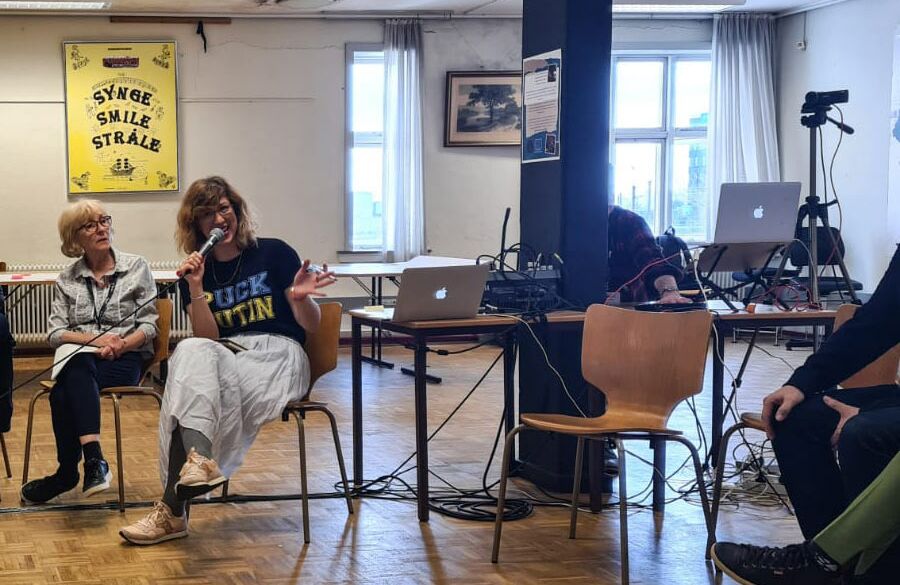 How to Read Art?